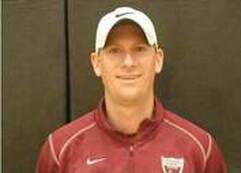 Tom Wade is the head coach for the Rockwood Summit varsity boys’ soccer team and also coaches his son's 2010 026 FC soccer team.  He is a graduate of Fontbonne University, where he played and also served as an assistant coach.  Additionally, he has an extensive background in St. Louis area soccer, having played for various club teams as well as varsity soccer at Hazelwood Central.  This is his 21st year of coaching high school and youth soccer.  Previously, he served as a varsity assistant coach for boys’ and girls’ soccer at Rockwood Summit, Lafayette, and Hazelwood Central high schools.  He also currently teaches social studies at Rockwood Summit High School and lives in the 026 with his wife Lisa and sons Evan and Nolan.

Rockwood Summit were the 2019 MO Class 3 UNDEFEATED State Champions, finished the season with a 29-0-1 record, and he was selected as the 2019 Missouri Large School Coach of the Year.

Rockwood Summit were the 2019 MO Class 3 UNDEFEATED State Champions and finished the season with a 29-0-1 record.​

Rick Werner played for various clubs growing up before going on to play varsity soccer at Lutheran High School South. He then went on to play baseball and soccer at the collegiate level for Webster University where he also served as the assistant soccer coach for two years after graduating in 2000. He has been coaching youth soccer since 2011 for various clubs and currently coaches his sons’ 2007 and 2010 026 FC soccer teams. He currently lives in the 026 with his wife Emily and sons Jacob, Gavin and Sam. 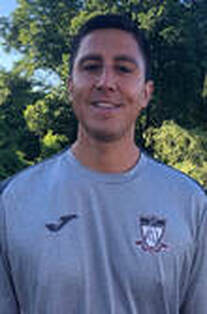 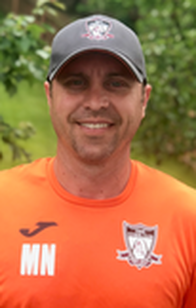 ​Mike Neiman is a coach for the 2010 boys team. He has played soccer for as long as he can remember, including various club teams growing up. He played high school level soccer at CBC and John F Kennedy and collegiate level at Maryville University. Mike was a camp coach at the Maryville University soccer camps from 1995-2001. He has been coaching his sons’ soccer teams for the past 7 years. Mike lives with his wife, Marcia, and their two sons Connor and Anderson and loves being a part of the 026 family!

Eric Hill
'13  Coach, Rockwood Summit Girls Varsity Head Coach.
Eric Hill is the Head Coach for Rockwood Summit Varsity Girls' Soccer and coaches one of the 2013 Girls 026 FC soccer teams.  He has been coaching both boys' and girls' soccer players for the last 14 years at Rockwood Summit as well the youth level in recent years.  Coach Hill played club soccer for Busch-Diersen as well as participated in Soccer & Ice Hockey for Rockwood Summit.  Hill teaches high school Spanish and is married (Kelly) with two daughters (Sydney and Sofia).  Having grown up in the 026, he is happy to continue calling Fenton his home.